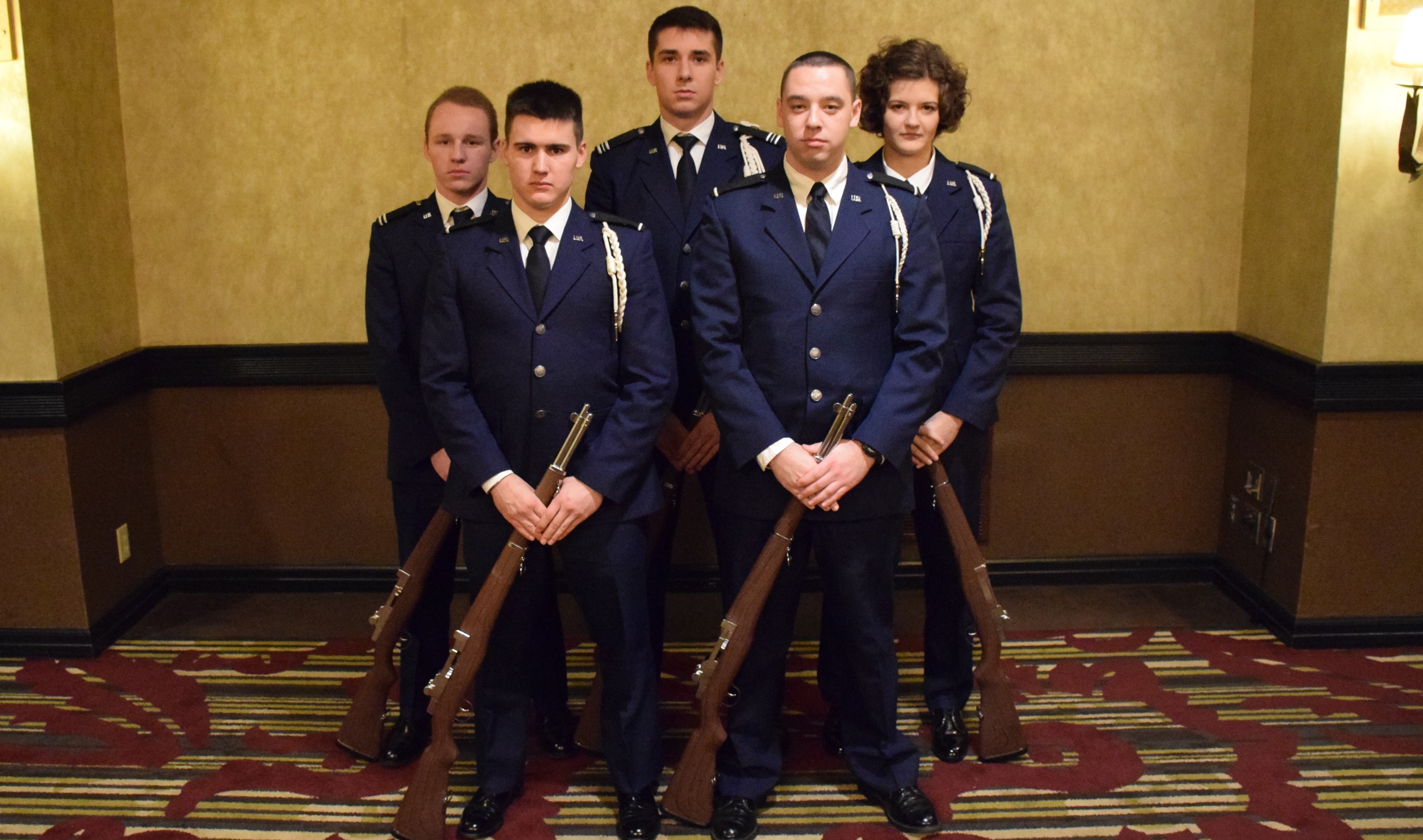 The Eagles of Detachment 415 are an elite group of cadets who perform armed drill routines (also called rifle spin routines) at special University of Minnesota and ROTC events such as the Homecoming Parade and the Joint-Service Review. The rifle of choice for this preicision demo team is the M1 Garand.

The M1 Garand, introduced by the United States Armed Forces in 1936, was the first semi-automatic rifle to be issued to the infantry of any nation. It was also used extensively by U.S forces serving in World War II and the Korean War. The Eagles Drill Team use decorative replicas of this weapon that are designed to have the same weight and size characteristics of the original. Spinning the ten pound M1 Garand requires that the drill team member maintain substantial upper body strength as well as the poise and military bearing required to perform flawlessly under the high pressure of a large audience

To ensure Eagles members are capable of meeting these requirements, cadets who volunteer for the team undergo a rigorous training program under the guidance of senior team members. The training focuses on improving the cadet's physical and mental strength as well as teamwork and overall knowledge of the Air Force that goes beyond the typical Air Force ROTC training. For this reason, becoming a member of Eagles requires sacrifice, committment, and dedication to complete. At the end of the semester, those cadets who successfully complete all training requirements are inducted as fully fledged members of the Eagles Drill Team.

Any member of Eagles will confirm that the satisfaction of demonstrating precision military drill in front of an appreciative audience is well worth the extra effort required. These cadets will also tell you that they consider their participation in Eagles as one of the best decisions of their Air Force ROTC experience.